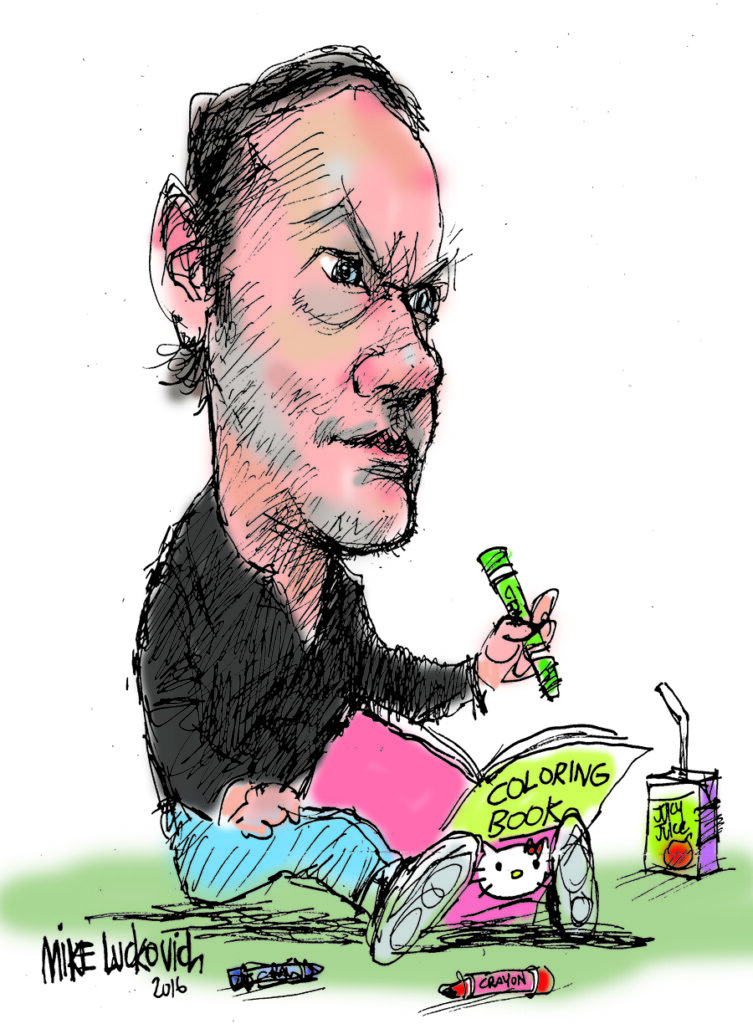 The rek Gallery announces the opening of its May/June Featured Exhibit, “Sketchy Truth,” a collection of cartoon works by The Atlanta Journal-Constitution editorial cartoonist Mike Luckovich.

“Sketchy Truth” features over 40 of Luckovich’s original editorial cartoon drawings created during the past couple of years when national politics and sports became focused on Atlanta. Politically, it’s a time when Luckovich says “cartooning has become much more serious.” Works in the exhibit will feature his take on Trump, Brian Kemp, John Lewis the January 6 Capitol riot, and the Georgia Bulldogs.

Luckovich began his position as editorial cartoonist with The Atlanta Journal-Constitution in 1989 and has since won two Pulitzer Prizes, National Cartoonist Society’s Editorial Cartoon Award, and the National Journalism Award for Editorial Cartooning. In 2018 he received the Advancing American Democracy Award. He has three cartoon book collections with another book being released this September.

“We’re very fortunate to be able to feature Mike’s work at the rek Gallery,” said gallery curator Rick Baldwin. “The print news industry is drastically changing every year and editorial cartoonists are being trimmed from newspaper employment rosters. We’re lucky to be living in a city with a newspaper that supports an on staff editorial cartoonist and we thought it was a great time to showcase Mike’s hometown art work and let people see up close what original cartoon work looks like. Art galleries don’t often feature cartoon works so this is a very rare opportunity and we’re excited to be bringing it to the Atlanta area.”

Mike Luckovich’s “Sketchy Truth” shows May 1 – June 30 at the rek Gallery, located 3383 Lawrenceville Highway in Tucker, GA. The gallery is opened Wednesday – Sunday. A First Friday event will be on May 6 from 6 – 8. For more information, visit the gallery website, www.rek.gallery.