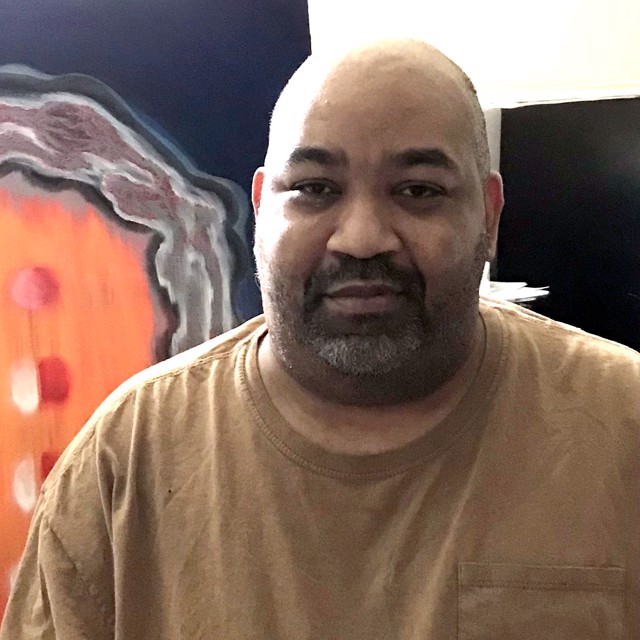 Anthony Carlton Cooke was born in North Carolina. He began drawing and writing at an early age; he and his younger brother would make homemade comic books. During high school, he developed an interest in pen and ink and created many drawings of various scale. He was also introduced to Expressionist art. The influence of Expressionism, combined with his interest in imaginative literature, led to his emphasis on figurative exaggeration. When a chance to transfer from public school to an arts-oriented institution came up, Cooke unfortunately could not take advantage of the opportunity due to the pressures of independent living and full-time employment.

Cooke relocated to California, living and working in various cities while he continued teaching himself to draw and write fiction and poetry. In San Francisco, he attended museums for the first time and was exposed to Medieval Art and traditional African Art. The use of figurative distortion and symbolism to communicate a meaning greater than an immediate surface interpretation had a huge impact on his style and creative philosophy. He saved enough money to visit France for a month and visited museums in Paris, where a trip to the Musée Gustave Moreau intensified his growing fascination with Symbolist art and poetry.

Cooke eventually attended college, transferring from San Francisco Community College to Stony Brook University. While working on a degree in English, he discovered Outsider, Folk, and Self-Taught Art. After graduation, he returned to the South and completed a PhD in English at Emory University. Afterwards, out of a desire to harmonize his literary and artistic influences, he began to draw again, spending two years writing and illustrating a graphic novel. He currently lives in Atlanta, Georgia.