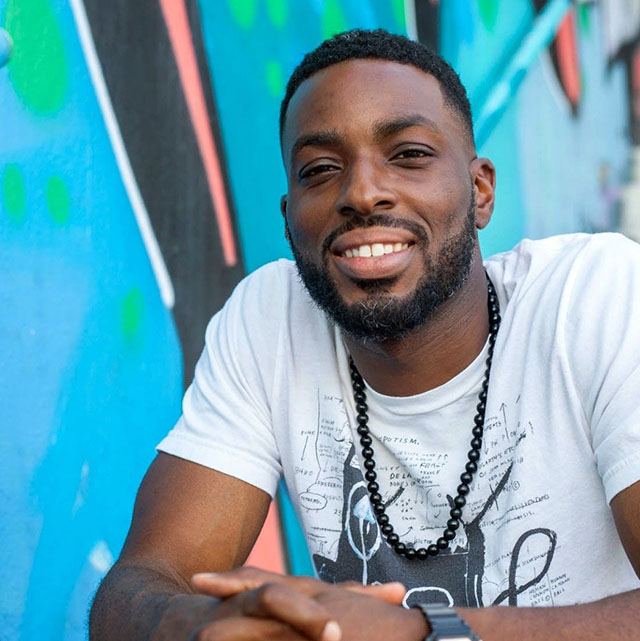 Antonio Mcilwaine is an Atlanta based artist, better known as “ARM OF CASSO”. His background in fine arts coupled with his experiences living in cities like Philadelphia, Miami and Atlanta have shaped his unique style into what it is today. He has coined the term “Sharpism” as a way to describe how he weaves sharp, intricate, and contoured lines into all of his pieces. He creates intricate, abstract and colorful pieces with mixed medium methods including acrylic paint, and oil based markers.

ARM OF CASSO’s work has been featured in publications like Vibe Magazine and has been shown in many well-known art venues like Art Basel Miami and T.I.’s Trap Museum in Atlanta. Many public icons have admired his work as well such as Rick Ross, Lupita Nyong’o, Quest Love, and Erykah Badu.

ARM OF CASSO’s ultimate goal is to express his culture through drawing and painting. “Our youth needs to be able to express themselves in constructive, not destructive, ways… I know the history of America and I live in the present time. I want to show people that Black people have real intellect and skills, and we do far more than the bad things that are reported. I try to present these truths and share these messages through my art. God gave me a talent, I’ve worked to make it a skill, and it’s crucial that I share what’s not being talked about [in society], for me to heal, and to make people happy” [excerpt from feature by Kate Harvie for the Universal Museum of Hip Hop].

ARM OF CASSO seeks to bring light to his home city of Philadelphia and the trials of the Black community, and hopes to one day spread his inspiration around the world.