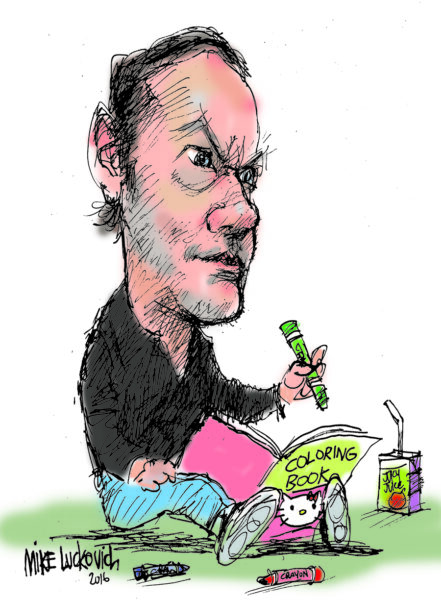 “Sketchy Truth” features over 40 of Luckovich’s original editorial cartoon drawings created during the past couple of years when national politics and sports became focused on Atlanta. Politically, it’s a time when Luckovich says “cartooning has become much more serious.” Works in the exhibit will feature his take on Trump, Brian Kemp, John Lewis the January 6 Capitol riot, and the Georgia Bulldogs.

The rek Gallery’s “Meet the Artist” with Mike Luckovich is Saturday, May 14 from 6-8PM at the gallery, located 3383 Lawrenceville Highway in Tucker, GA. The event is free to attend. “Sketchy Truth” can be seen in the gallery May 1 through June 30.