As part of its permanent collection, the rek Gallery is pleased to house selected works of Spanish-born artist Santos Fernandez.

Born in Cehegin, Murcia during World War II, Santos Fernandez grew up traversing the ancient cobblestone streets, hills and orchards of southeastern Spain. Steeped in the history of his country, with its swirling, heady mix of history, food, music and religion, young Santos absorbed the stories, celebrations and tragedies his community and family experienced under the shadow of General Francisco Franco. 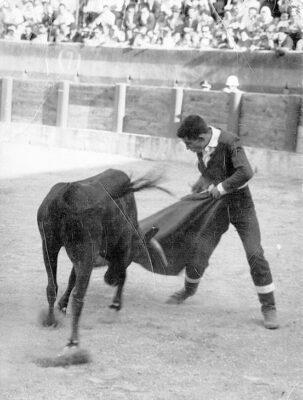 Passionate about the Spanish bullfight, Santos traveled between the ages of 18 and 20 throughout Spain as an apprentice bullfighter, eventually realizing it was not a lifestyle that suited him. The experience, however, stimulated a true passion for bringing to life his journeys in a more visual way. He expanded his skills into drawing and painting across a variety of media, receiving inspiration from Spanish artists ranging from Velasquez and Goya to Picasso, Miro and Dali. In the spring of 1967, he was invited to enroll in the School of Fine Arts in Valencia, Spain. At 20, he created his first cast metal sculpture and eventually captured the attention of the U.S. Ambassador to Spain, Angier Biddle Duke, who sponsored a one-man show of Santos’s sculptures to critical acclaim.

In 1967, Santos Fernandez also captured the attention of Mary Cressy, an employee of the U.S. State Department’s Foreign Service, who soon became his partner and wife. Together they relocated to Minneapolis, Minnesota where Santos began studies towards a Master’s Degree in Fine Arts from the University of Minnesota. While creating a new life and family in the United States, the bullfights, the landscapes and the seascapes of Spain forever infused his work.

Santos Fernandez exhibited in numerous galleries in the ‘80s and ‘90s, his final show being a posthumous retrospective at the University of Minnesota’s Katherine Nash Gallery. His untimely death came in his studio which was located in the basement of an old warehouse and connected by underground tunnels to a local grain mill. On August 23, 1997, Santos sculpted late into the night, unaware that fumigators had failed to properly seal the tunnels connecting his studio with the mill before they unleashed a massive, toxic dose of methyl bromide. Methyl bromide is a lethal poison, formerly used as a pesticide in the United States and banned for such use by The Environmental Protection Agency in 2001. 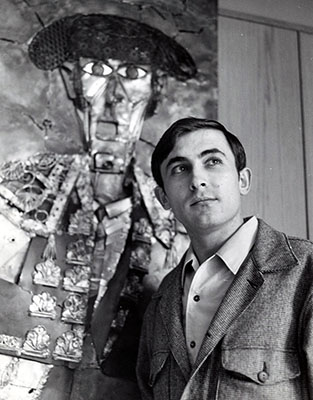 “The philosophy embedded in my work is based on the Ptolemaic concept in which man is the center of the universe, and everything is judged according to that view. Man creates line to center-focus his existential drama of life, giving a focal point to everything that is important to him; the way he is born, the way he dies, and the way he dresses, and the way he shows love, morals, pride, etc. This is all indirectly related to a more modern concept of the universe in which positive and negative charges act through each other, which creates results of “ins” and “outs,” lights and darks, good and bad, fronts and backs. We reveal those things that are important to us, and hide those things that are not. This is the threshold of the human mind.” 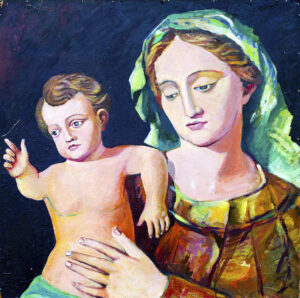 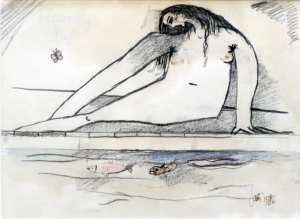 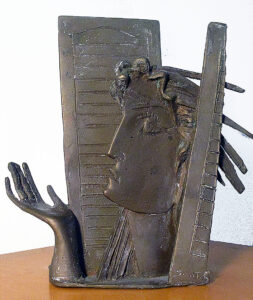 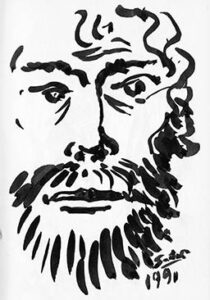